I was told there was a topic about this or something, but I haven’t been able to find one, so I’m posting it myself!

I’m probably in the minority here, but I’d kind of like the ability to, well, toggle abilities on/off. At the very least, toggle hidden abilities on/off or require at least one ability to be on. What if I don’t want sheer force on so I can have that freeze chance for Ice fang like I do in Rescue Team DX? Or what if I don’t want hustle on my rattata/raticate for similar reasons?

Maybe it would be too much to do or something else, I don’t know. I just kinda wish, you know?

this is a interesting idea

one example i can think of is durant. durant gets hustle and swarm which can be useful, but it also gets TRUANT, an awful ability, but because it gets truant too, the whole pokemon is bad. same with lopunny and klutz, which has use in the main games, but completely ruins lopunny in pmu. maybe you just want to use some abilities, but not others, because one ability can mess up an entire mon

this also doesnt mess up pokemon who are intentionally nerfed to counterbalance them such as archeops and slaking as those pokemon have only one ability, and requiring atleast one ability would work well with this.

definitely gets my approval :)

Truth be told I don’t personally think turning Truant off is going to be a significant issue in balance. Slaking’s got powerful stat distribution of course, but that’s really not as important in PMU as it would be in the main series imo. To me that’s always been of the biggest “plusses” of this game as it lets more things be viable. It’d be a shame if Slaking were left in this unused closet.

I don’t see an issue with that. This makes Slaking, Regigigas, and Archeops actually viable. Same with those with Klutz (Lopunny, Audino) and Gluttony (Victreebel, Snorlax, Swalot).

Can we please count wall walking as an ability if we are considering this?

Gluttony doesnt work in PMU like it does in main games; it used to way back when HT was released, but was changed sometime after to heal HP upon eating like in Gates/Super, just for clarification

With the cost of having your belly deplete faster. '>.>

Also truant is great when balancing Slaking (although they still won’t be anywhere near as OP as several other pokemon, even in stats alone due to how family items, silks, and dusts work.) it servers literally NO purpose on Durant. 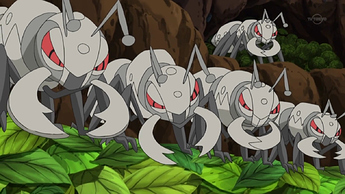