Bug: No reviving options when you have a reviving item

Summary of Bug:
What you were doing at the time: Shinyhunting a Drifloon with Tails_
Where you were in the game/menus: Tanren Courtyard
What happened: No Reviving options even though i had a reviver seed

OS/Version:
Windows 10.
Expected Result:
Having my Reviver Seed as a reviving option.
Actual Result:
Having nothing to revive in the “Revive” option.
Steps to reproduce:
I don’t know. It already happened multiple times before though.
Visual Proof (screenshots, videos, logs) - attached below: 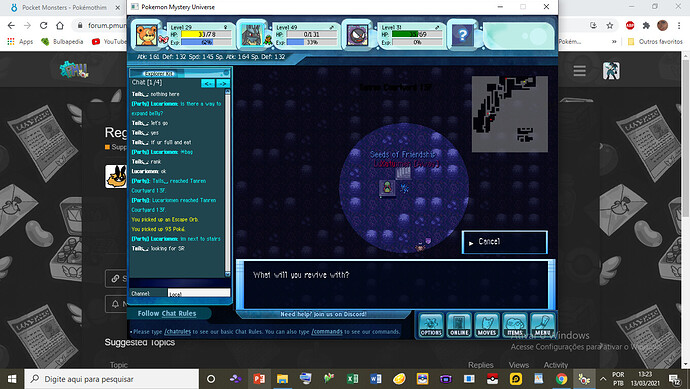 This happens when you only have a sticky revival Item, which can’t be used. But I don’t know If the “Revive” option still showing Is Intended or not.

Oh. I think they should fix this error or make Reviving Items immune to sticking/griming (which would also fix the issue + give players a advantage).