Summary of Bug: Compound Eyes appears to not be fully working as intended
What you were doing at the time: Using Electroweb (A move with 95 accuracy) on the Punching Bag
Where you were in the game/menus: Exbel Arena
What happened: My attack missed occasionally, albeit much less than once every 20 uses

Expected Result: Electroweb should have received a 30% modifier to its base accuracy, hitting 123.5

Actual Result: Against a target with 0 evasion boosts, I missed, although it took a good while 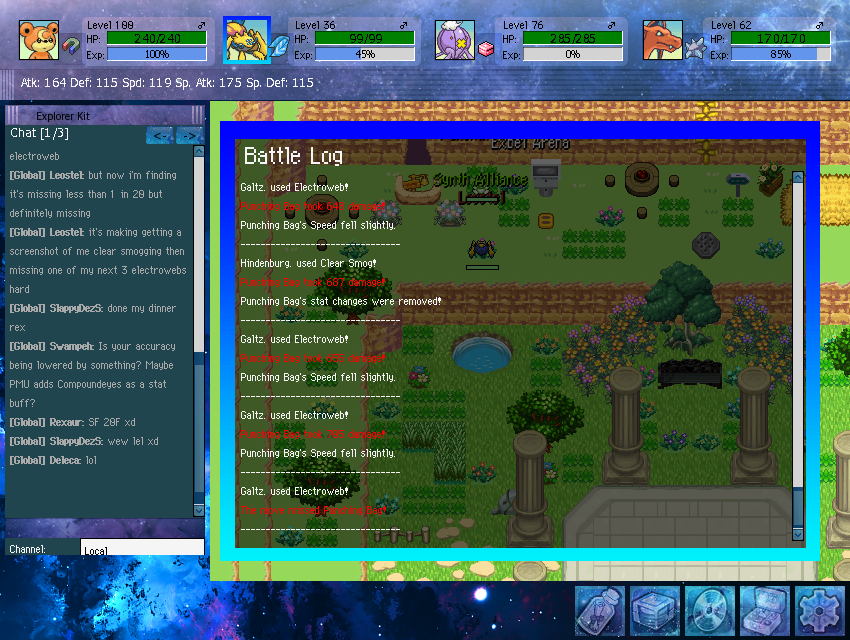 Nice find, seems pretty rare but hopefully it gets fixed sometime soon. Do you think it’s potentially failing to boost (as much as it should) moves with sub 77 accuracy too?

I would assume, but all I know for sure is the formula being used atm doesn’t seem to be acting as intended, or I wouldn’t miss Electroweb unless evasion boosts were in play.

That’s possible, but given the minuscule rate of my misses, it would have to be something like 75 accuracy if it’s working but Compound Eyes isn’t.