I’m beyond upset about this so I’m making a forum post so that It actually gets noticed. It happened today, a little over an hour ago.

Summary of Bug:
What you were doing at the time: Using a Pokemon Gift on a shiny Swablu
Where you were in the game/menus: Mt. Skylift floor 7, opened Items facing the Swablu ( was sleep as a Slumber Orb was used ) and used the gift
What happened: I crashed after using the gift, came back on, the Swablu was not In my team and the gift was still consumed

Expected Result: Gift Is used, shiny Swablu Is In my team

Actual Result: Gift Is used, I crash, shiny Swablu Isn’t In my team

Visual Proof (screenshots, videos, logs), if any - attached below:
I don’t have a picture ( at least I don’t think ) of me owning the gift, using It ( you know since I crashed so I couldn’t look at the battle log ), or of the crash pop up Itself because I assumed It wouldn’t bug anything out. 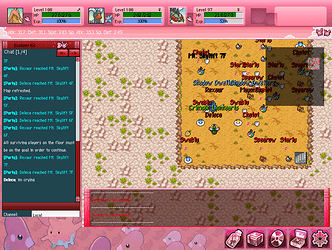 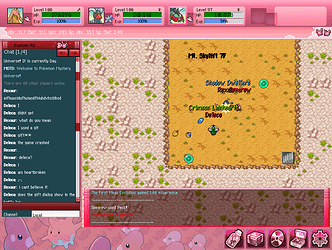 Dealt with, thank you for the report!