THIS IS A CROSS-OVER.

Youâ€™ve heard of the four elements.

Youâ€™ve heard of people controlling thse four elements, bending it to their own will.

Youâ€™ve heard of the fifth element, but never really thought about what it was.

Until, one night, a large galaxy could be seen across the skyâ€”a galaxy like that could only be seen by a telescope, but with the naked eye, something must have caused it to appear.

That fifth element? That element that no one has been talking about for the past decade? The element that is said to be â€œdead?â€

Yes, that element is the element of space.

That element is said to be very powerful, thus why itâ€™s been shunned so much. The power is said to control magnetic fields, to shift the force of light and gravity to their advantage, to show images of galaxies millions of light years across the universe and to mend them into any way they want it to look like, to create stars as big or as small as they want, to create massive amounts of energy from the basic elements of the periodic table, and to see across space as much as they want. Thus, the power is never talked about.

There used to be people who controlled space in this planet, until the others knew how powerful they were. Thus, they were sent to live off in space, where they bend the logic of science and make it able to breathe in a certain planet. That way, the space users have lived for a million years.

But, that galaxy, the one that streamed across the sky that night signalled that the space users are back.

And they are here to ask for help.

[spoilerThe Origin of Space Powers:338mqu60]It all happened in a Skype chat with a glitchRotom, a Diancie, and your trulyâ€”the APH Japan fangirl. We were a little group with a love for space, and so we thoughtâ€”WHY NOT SPACE POWERS?

So we began thinking of how theyâ€™d fight. Shifting the force of gravity sounded nice to us, which I then proceeded to say that space users can just shift gravity and watch as their opponent quietly flies into the atmosphere.

So we decided to make space powers a thing. It was a pretty nice idea.

And thus, space powers were born.

Let there be space.

[spoilerRules:338mqu60]1. Iâ€™m only allowing ten space usersâ€”no more than that.
2. You can RP other element benders, if you want.
3. No Mary Sues / Gary Stus.
4. Five male space users, five female space users. Thatâ€™s that.
5. PMU rules apply!
6. One space user per person.
7. Romance is allowed. Just donâ€™t take it too far.
8. Yes, yes; youâ€™re allowed to use any canon character from anything.
9. Figure out the codeword yourself. Hinthint, itâ€™s somewhere in the Origin of Space Powers spoiler.

Alias: He mostly goes by Al.

Personality:
Though he is a bit conceited sometimes, Alfred is probably the most cheerful and energetic person youâ€™ll ever meet. He has a habit of sticking his nose into othersâ€™ business, which causes him to have a slight difficulty in making friends. In fact, he has a tendency to make more enemies than friends due to that habit. Alfred also does not know how to â€œread the atmosphereâ€ when he is around others. He also lacks the ability to â€œassess the situation,â€ though itâ€™s not because he just canâ€™tâ€”itâ€™s just that he chooses not to. However, he can also be calm and logical for once, reading further into things than he usually would, and actually reading the atmosphere.

Likes: Alfred loves to eat foodâ€”almost to the point of obsession. He also really likes heroes and happy endings. He likes to exercise a lot sometimes. He also loves sports and games.

Dislikes: His rising weight, and the fact that he sometimes fails at airbending.

Phobias? Fears?: He fears ghosts and, for some reason, weighing scales.

Other: The only reason I made him an airbender is the fact that he likes being free.
Oops. Personality:
Aoife"s easy to anger, and by that I mean very easy. She may seem gentle at first, but insult her just once and she"ll be right behind you throwing miniature stars at you. She loves spacebending, to be honest, but rarely actually uses them in public. If ever you see a clearly visible falling star in an area with lots of light pollution, it"s most likely Aoife or some other spacebender.
She"s also a bit of a strategist in battle, when needed. But usually she just goes headfirst into fights.
…Also, she"s actually really girly sometimes.

Likes: SPACE, flowers(for some odd reason), and space. did i mention space

Dislikes: Alfred, the earth, and, for some reason, trees.
Don"t even ask.

Phobias? Fears?: Getting destroyed, trees(don"t. even. ask.), and mythical creatures.

Yooo, Rira-chan! You said this is a crossover? Of what? Avatar the Last Airbender?

it’s a crossover of a lot of things, including Avatar.

i mean i used aph america so
i might rp more hetalia characters here. just because. hecka

“I still don"t think that"s what a sloth sounds like.”

Personality:
While Ren appears on the surface, extremely quiet and well-mannered, he is. However, itâ€™s not often that his sarcasm and cynicism win him over. Heâ€™s the type of person to appear in a musical and wonder why the hell everyone else is singing all the time. Ren is known for making several witty remarks on several occasions and has a â€œdry sense of humorâ€. Despite this, Ren can actually be quite sensitive and considerate towards other people and has a desire for justice and despite having a slight selfish nature, usually has the tendency to do â€œthe right thingâ€.

While having a selfish nature and being distrustful of people, he can also be protective over them and does not underestimate the value of a life. Because of this, he does not partake in the same racism against Faunus that others might do. Ren loves a good challenge and is quite the fighter, but seems to be a â€œglass cannonâ€ with less than average stamina, but has the determination of a bull.

In moderation to his cynicism and sarcasm, Ren is usually a quiet and relaxed individual. He has a powerful mental prowess and takes his studying fairly serious as he is usually rivaling with his younger sister. He can be quite the tactician at times, but is usually more distracted by the challenge to stop and think about it.

Ren is horrible at having fun and isnâ€™t the best when it comes to socialization. Due to slight social interaction, he does not like being touched and on top of that, is an excessive Germaphobe which is why he often is seen dusting his coat off. This is also due to a hidden psychological trait that Ren wishes to be seen in a respectful or even honorable light. He is often told to â€œlighten upâ€ by his fellows.

Ren is a good cook and can also be somewhat of a neat freak. Ren has a killer lazy side that afflicts with his motivation, so he often does his work all at once before taking an extremely long nap. Ren is â€œasleep late, up lateâ€. He loves his sleep and he absolutely hates early rising.

Likes:
Sleeping, tea, seafood and rice dishes. Has a soft spot for animals and sweets. Is totally rad with Faunus and generally enjoys their company.

Code:
Simon is not dead"Let there be space."

Other:
Ren is from RWBY by Monty Oum. A headcanon I have for him is that he is a Capricorn. Lol, hi.

(Drawn by my friend.)
Hanakota Ichimatsu

Personality: Although at first glance she seems innocent and defenseless, her personality is quite dramatic. She seemingly snaps from one emotion to the next, which gives her the advantage of unpredictable changes, but that also can be her downfall.
She also doesn"t know many things that most people do, mainly in the sense of right or wrong. So, thanks to that, she acts on impulse whether it is a bad or good thing to do. She also uses her power quite recklessly when in a state where she can"t think properly, such as rage or despair.

Phobias? Fears?: She has a major fear of being murdered or beaten up, so she tends to lash out at everyone who nears her, well, those who she doesn"t trust. Which is mostly everyone.

Other: Thanks to her ergokinesis, she is able to use other space powers other space users can, but is also limited in the regular powers. 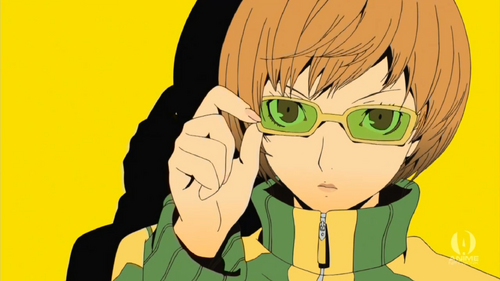 Personality
An upbeat and energetic girl who will try to lighten the mood if need be. She"s obsessed with kung fu and other martial arts. Chie has a short fuse and is not afraid to use her kung fu skills to attack you if you"ve annoyed her.

Phobias? Fears?
Chie is insecure about her femininity. She hasn"t embraced or rejected it as of yet.
Because of her tomboyish attitude and appearance, it can be harder for her to even attempt to start a relationship with someone.

accepted. u v u 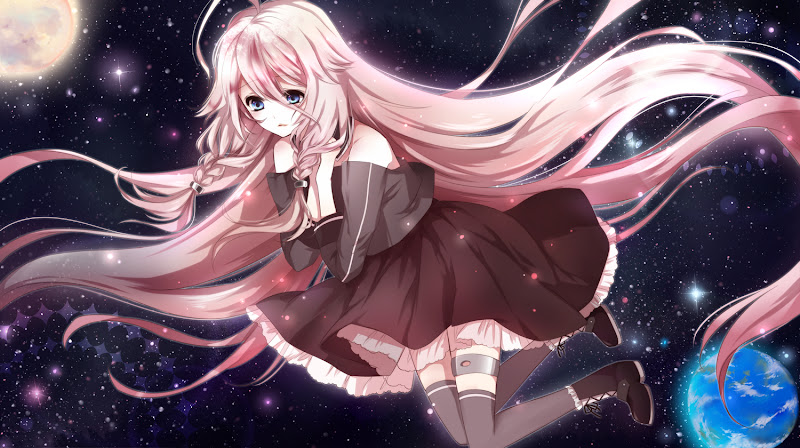 Personality: Lucindia is naturally very kind to those around her and possesses that of a laid-back attitude, but she can be overwhelmed by being around people too much. She puts more time into helping those around her than herself without meaning to. She is extremely intelligent as well as moderately street smart, but tends to not show it. She acts more mature than she really is and is bit on the quiet side unless approached first, but she tries to make herself seem more approachable if she can help it. She sometimes has moments where she seems like a little kid, but tends to come off as the big sister type overall. She herself has no siblings to speak, however.

Code: “Let there be space”

…I really wanna join this, but I don’t know who to roleplay as. :’: For now, I’d like to ask: does your character have to be an element bender?