My problem with PMU's puzzle design

I’m not really sure to mark this down as “Suggestions” or “Game Discussion” but it doesn’t really matter that much.

I’m making this thread to talk about something that has always bothered me, and I’m sure it’s bothered many other players. It’s PMU’s design philosophy when it comes to puzzles. Now don’t get me wrong. I think puzzles in some dungeons are a good thing, they make it interesting and less brain dead. However, my biggest issue with these puzzles is how they’re handled, specifically the “Trial and Error” mindset they all seem to have when being created.

There is nothing wrong with a puzzle that requires trial and error, what just upsets me is that every single trial and error puzzle is nothing but warp “puzzles”. The main issue with these warp “puzzles” is that there is absolutely no indication whether or what path you’re attempting to take is correct. Most trial and error puzzles will give you some indication of what you’re doing is wrong. Let’s just make up an example in some made up video game. There is a door with multiple locks on it, pressing buttons in the room are wired to a specific lock. However, you need to press these buttons in a specific order. If you press one in the correct order, you may get a chime or if you press one in an incorrect order a buzzer goes off.

Those kinds of puzzles help you find the correct path through the process of elimination, however with most of PMU’s puzzles there is no such thing. 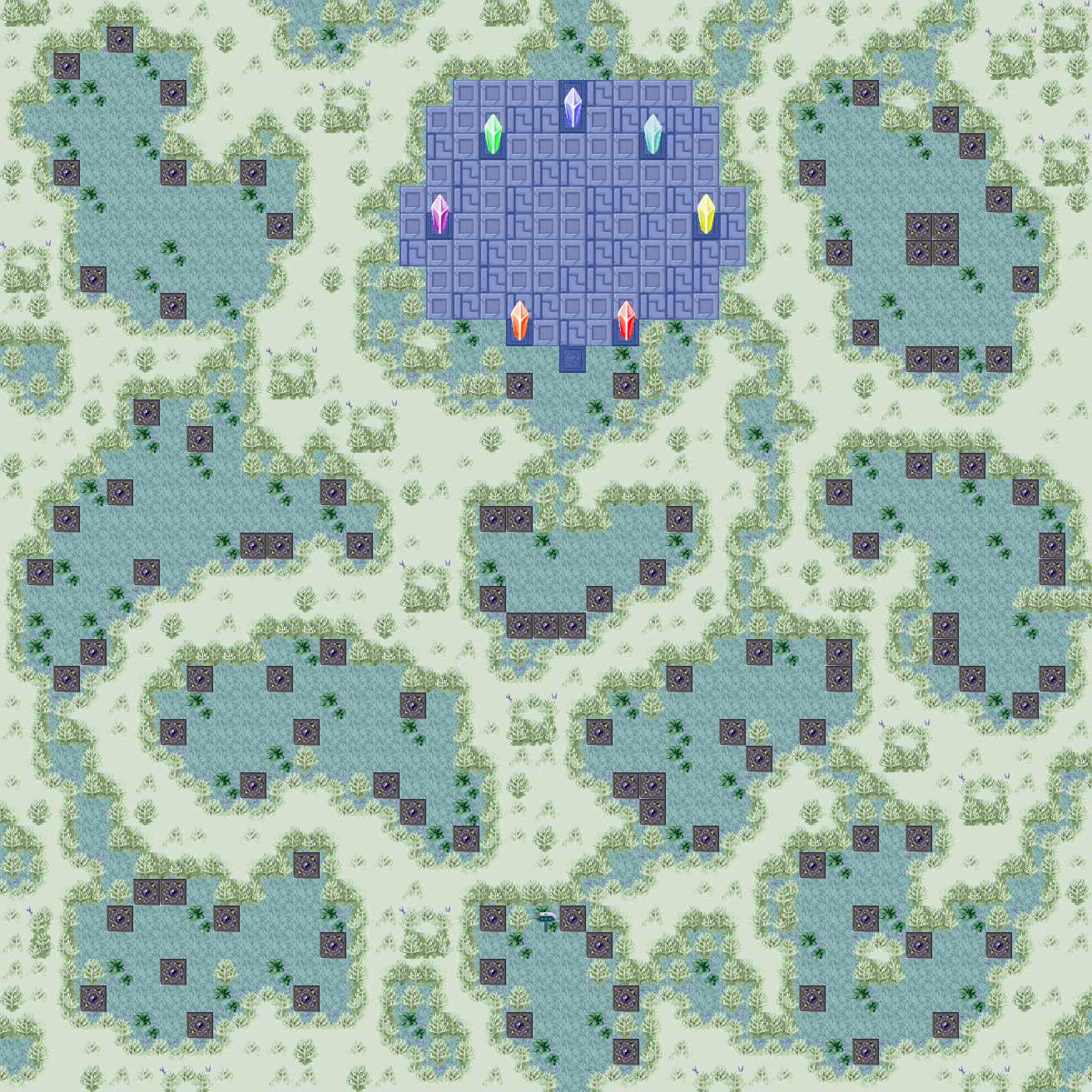 Look at how ridiculous this is. When you take these warps, you have absolutely no indication whether or not the one you took is the right one and with how samey the rooms look, it can be pretty difficult to remember which ones were wrong, especially considering just how many are wrong. If you want to make warp puzzles, that’s fine. But please, at least just lower how many warps there are in there. There are 7 paths to choose from in the first room alone, that’s crazy.

Why not consider this. The first room starts with a small number of warps. Every correct warp you take, brings you to another room with even more warps. (Let’s say it starts with 3. You take the correct one and now that room has 5). A simple indication like that would be perfectly fine for a puzzle. At least with the puzzle increasing in “difficulty” you’d know that you’re making progress.

When a new dungeon is released, I like to go into it blind (for the most part). But the two most recent additions to the game (Dynamo Sands & Ash Forest) both have this terrible type of puzzle design it just makes me frustrated. These puzzles simply aren’t fun. Puzzles are supposed to give you that “Oh hey! I got it!” feeling when you solve it either by listening to a hint or through a careful process of elimination. However, all of PMU’s warp puzzles only make me think “Oh man, I finally got it. Man that took was annoying” or “Oh thank god, Deleca/Leostel/Literally anyone who took the bullet mapped it out already”

Majority of my play time when it comes to dungeons I’m going into blind like this are purely from guessing with these warp puzzles. Perhaps with something like Ash Forest, correct rooms can have a crystal in them, while in something like dynamo sands they could have a cactus?

or maybe instead of warping around a big map, there are several buttons that need to stepped on in a specific order, otherwise they all reset and you have to face a monster house. Just an idea off the top of my head.

That’s just a quick idea, not sure if it’d be able to implemented but it’d surely be a much more enjoyable puzzle than the guessing games we have now.

I get that this post is long and whiny but it’s just how I felt about this for a while. These puzzles simply aren’t fun, they’re just obnoxious and time consuming. I really do hope the design philosophy in future dungeons is reconsidered when it comes to puzzles.

Thank you for listening.

Just to note, the One used at the end of Dynamo Sands is a relic from PMU6 that’s why it was included.
I understand the issue however. But also remember Dynamo’s other Puzzle too, that one probably is what you look for I guess, since the floor has indicators (which can be missed if not paying attention) which show which paths work and what would trap you into the restart warp etc etc.

I can’t really modify Dynamo’s end puzzle due to it’s PMU6 relic status, but I agree some things should be better layed out puzzle wise. But in the end it’s always down to the dungeon creator.

To highlight some puzzles that I actually do really like, the one right after AF’s warp insanity is actually really well made, (Though I think a crystal is missing on both sides near the bottom corners given how the hint is worded?) and the IA slippery ice puzzles are pretty nice, as is the aforementioned “fake wall” puzzle in DS.

I’m also a sucker for Wallace’s gym puzzle and variations of it, shame the ones in CCh are incredibly simple.

Another thing is that puzzles usually give hints. None of these “warp puzzles” give hints. It’s mostly just trial and error with memorization of what you did previously. Memory puzzles tend to get grating, so guides are immediately made to help, and people forgo the puzzle aspect just to look at these guides.

Strength puzzles in the main games make you think about your surroundings and adapt a route. It’s not complete memorization because it’s more tangible. I feel these puzzles could be introduced into PMU to give more variety and be more fun in the long run.

I agree with the overall feeling. Each dungeon is made by a different staff member and as a result the quality of the puzzles vary. I do believe the team is making the best of what they have available but it’ll be helpful to have better tools for the job in the future.