Dustin’ off the old Video Games forums for some good news.
To be perfectly honest all I can think of is how much those titles remind me of Digimon Dawn and Dusk.
What do you guys hope to see in these new games and do you have any predictions thus far?
By the name alone which one do you think you’d be more likely to get?

I see concept art for cars so here’s to hoping we can finally put our 10 year old protagonists behind the wheel! Muahahaha!
I am hoping that I will finally get my bug/dragon or bug/dark type. I’ll be disappointed if Lunatone and/or Solrock aren’t used as some kind of plot device at all. Them rocks need some more love.

My friends been theorizing on space adventures! Haha.

Majoras Mask moon Mega Lunatone
I’d love to see Mega Lunatone and Solrock for it, and the Chinese legend thing would be cool. They could do something with the moon rabbit ~
Ive seen people speculating its going to be somewhere tropical based on the real life bird that bird pokemon we saw a glimpse of in the trailer is based on, but that’s all i’ve really seen about speculation.
I’m probably going to get moon but it really depends on the exclusives ;o;
Either way im super excited ! 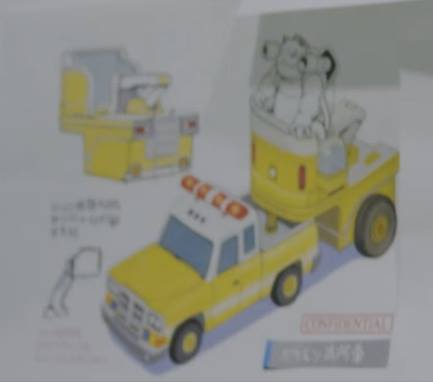 Is that a fire truck using Blastoise as a hose? That’s brilliant. It makes so much sense. My life is complete. 10/10.
Until Blastoise blasts holes into the buildings they’re trying to save.

All I want is Mega Darkrai. MASUDA LET’S GOO

Do we have any starter predictions?
Well, rather than predictions I suppose it’s more accurate to say, what types would you like to see for the starters?
I suppose we can, as usual, assume water/grass/fire. Honestly I wouldn’t mind seeing starters that don’t have secondary typings but it’s looking pretty unfair for grass types who only have Torterra and Chesnaught, and mega sceptile but I won’t count him. Basically the ones we have are 1 fire-5 fire/(3 fighting, 1 flying, 1 psychic), 4-grass/(1 ground, 1 fighting) and 3 water-3/(1 ground, 1 steel, 1 dark).
I’m interested in seeing types that will either negate the grass > fire > water > grass route, for example, grass/dark, fire/psychic, water/fighting (gen 6 you were so close)
Alternatively I would also like to see types that won’t affect each other unfairly. For example Grass/Flying, Fire/Fairy, Water/Ghost.

Or the best option would be if they lead us down a path of hinting origin animals and silhouettes of leafy, blazy, watery blobs of doom then reveal that they’re all just fire/fighting types. That’s the best option and you know it.

I’m still hoping for a very annoying normal/ghost type or a non-dialga steel/dragon or better yet a dragon/fighting type which I’ve been wishing for since gen 3. If anything the addition of fairy types would stop it from being too broken if it has good stats but you never know. We have plenty of x4 weakness Pokemon in OU and Brave Bird Talonflame ruins everything fighting type, barring Terrakion/Cobalion I suppose. blah blah blah

Also, any predictions for the legends? Fire and Water/Ice seem obvious but psychic and dark seem like things that can be applied too, thank you espeon and umbreon.
Do you think we’ll see literal poke-sonifications of the moon and the sun or will it perhaps be more subtle in its design? Maybe our Sun legend will be the snake/wolf/bird/idk who ate the sun. Who knows! Isn’t it fun to use our imaginations?

Well, CoroCoro March has a 05439504395/10 chance of leaking some pokemon facts (its their job pretty much lol) and we have that bird wireframe thing to go on, so we’ve got some info. It’s not long until corocoro gives us the goods.
Let’s get some analysis of the bird, eh? Kind of looks like someone filled a skarmory’s head with helium.
I don’t really mind regarding the game, as long as it’s got a similar style to X/Y & ORAS, I’d like to see custom trainers again, maybe transfer?

We can expect that it will be Normal/Flying for now, if anything. So far all of the beginning birds have been normal/flying with the exception of Fletchinder and Talonflame but they are evolved forms. Even so it is possible that this one has a different typing too. Now a quick googleations has shown me this bird could be inspired by some species of woodpecker. The ones that seem to fit the closest are the following.
The Pileated Woodpecker and The Ivory-Billed Woodpecker.

Now I believe it to be the first because of the crest being red at the top of its head, but being that it’s a veeeery early look at the creature we can’t be sure if that’s solid information. I’ve also found these pictures that point out the differences between the woodpecker species mentioned previously. I doubt that the bird will be one with gender differences, but it would be interesting and it wouldn’t be the first time, as we saw with Unfezant. Even then though I can’t imagine it having a gender different design in its first stage.

If it is a woodpecker that doesn’t really give me any particular point outs in terms of typing but one can assume it won’t whip out an ice/electric/water/rock etc… typing out of no where. If anything I’d expect it to still be a normal type, but fighting could be an interesting possibility, although if it is I hope it’d have some sort of skill or ability that’d differentiate it from Hawlucha. I think it’d be interesting to have an offensive Steel/Flying type but I don’t really know how well that’d play out. It’d be interesting if it were because steel types generally aren’t caught early-game and often centralise around defence which can make them impractical to casual gamers.

An interesting thing to note is that both species of bird are native to North America. That might mean something.

i has no real expectation for the game, just hope 7th gen isnt full of all stupid and messed up pokemon designs like 6th gen and 5th gen were. Dont get me wrong though, there are definitely some good designs

My friends been theorizing on space adventures! Haha.

Ohhh. I’d be so down with that. Sun Wukong legendary, anyone?
Although I am probably going to purchase the version most of my friends don’t get, I think Team Moon Moon is gonna be my first pick if I get to choose. :P

Now, there is some thing about Sun and Moon in my visual novel, though Sun and Moon are two of the 8 ascended elements, and basically the philosophy of elements is revolving around Yin Yang philosophy and a bit on the Eight Trigrams.

My fiction has 22 elements (all of them make good sense except for three mythical ones), which is more than the types pokémon has.

I’m having 1% paranoia that they are going to introduce some ideas similiar to my fiction (which i am still producing).

I never play official pokémon games, since I just… I’m not sure, I’m simply not a hardcore pokémon fan, and I don’t have the consoles either, but that doesn’t mean anything at all. I’m generally not looking up things about pokémon, except for some philosophy.