Fellas, If ya girl:

…then that’s not ya girl that’s

Does this look like the face of mercy? Probably. Vanilluxe gets teased more than you did In middle school and yet It’s still happier than me on a daily basis. That’s some confidence, dog. 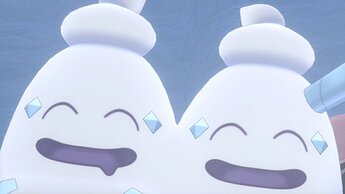 I’m not even kidding with you right now bro; Opera actually crashed when I tried to put this Image:

( "Vanilluxe is always smiling and cute ~~

( “The moment I entered the camp, I was super healed by the big smile of Vanilluxe” )

The head on the left probably keeps Its eyes closed because If Vanilluxe used all Its strength 24/7, the Pokemon world would literally just blow up. Voltorb and Electrode ain’t got nothing. 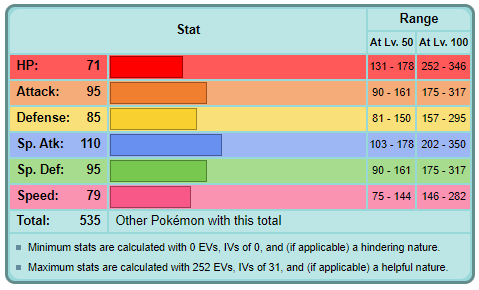 Look at these yummy balanced stats, with a side of 110 Special Attack that would be higher, but Vanilluxe Is straight up sparing all of us our lives because trust me, you don’t want to make It mad:

image713×50 3.03 KB
Bigger mistake than when you accidentally killed a shiny In a dungeon. There’s an anime episode where a Vanillish and a Vanilluxe freeze an entire freaking city because they were upset they couldn’t find their Vanillite. If you think I’m joking around here you better think twice, buddy. I’m pretty sure Oshawott fell In love with Georgia’s Vanilluxe In that one Best Wishes episode. Truly a mon of culture.

But that Black and White sprite? Wave to the fans. Show them what It’s like when you spam Blizzard and get that freeze hax. Snow Warning Is just the tip of the Iceberg. It’s just that: a warning. You better run.

Vanilluxe Is so cool I will kill you guys for It. If Its adorable face wasn’t enough It also has a smile on Its back.

They call Togetic the happiness Pokemon—well I have bad news for you. Vanilluxe takes “smiles go for miles” literally. Wigglytuff’s Guild Is probably crying since they’re In a Gen 4 game where Vanilluxe was too awesome to bother existing for you peasants yet. Its leveling rate Is slow because you’re tripping If you think a deity will lie Into your hands just like that. But Vanilluxe has the decency to literally show up In grass In BW2 because It wants to be your friend anyway.

Have you seen Its Chinese name?

image693×30 3.43 KB
Shuāngbèiduōduōbīng. That name Is probably bigger than my will to live. 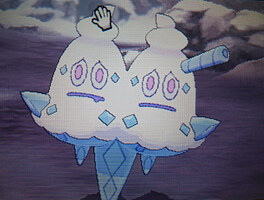 Did you know In PMU Vanillish gets a family Item that boosts Its movement speed In hail? Do you know what this means? Vanilluxe can get 4x speed. You don’t even need the family Item or a crystal, Vanillite can get Autotomize through egg moves. Ice cream go brr. Floating Running In the 90s? Vanilluxe has been running since the BCs.

GPX staff held a contest where you could design a novelty for a Pokemon. Because they are what’s known as chads, they picked Vanilluxe as one of the Pokemon. I like both novelties but am more of a Melonait person. To be honest, I thought Melonait was a little odd and overdesigned, but It grew on me a lot. The straw being replaced with a spoon Is rather creative, It has a cute little bow, and the wink. THE WINK. I have a shiny Melonait because a shiny Vanillite I hatched was the wrong gender, so I made It one of the novelties Instead.

I love everything about her. Aside from that, Vanillite also has a novelty form where the snow Is melted off.

Anyway, Vanilluxe Is just so adorbs!! Don’t doubt me.

can i eat the icycream

This is a Certified Gen 5 Moment

where do I sign to join the Vanilluxe Fanclub?

The Vanilluxe army Is growing strong. I appreciate all of you.

Sorry but I relapsed Into caring too much about this line again for the day. So please look at this picture of Vanillish wearing a bow on the back of Its head from the anime. Around the 18:37 mark of this episode. 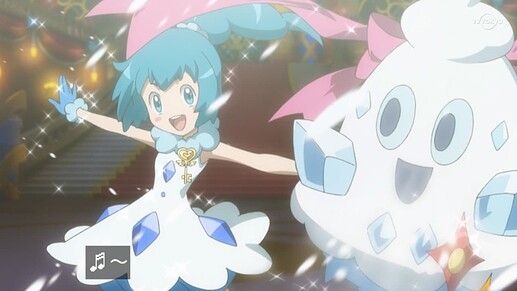 I can’t do It anymore. I just can’t. I would die for Vanilluxe, or die to Vanilluxe.
The middle evolutions of evolutionary families are also very underrated; I’m genuinely surprised this trainer even exists. Can we all collectively vow to keep her and her Vanillish safe for all of eternity? Thanks.

By the way, I hate when people feel the need say “Vanilluxe Isn’t actually Ice cream”. Whether It’s In good faith or bad faith.

I feel like the entirety of most people that are heavily engaged In Pokemon are aware.

That’s like saying Pikachu Isn’t a mouse because It doesn’t look like— actually that’s a bad example
…It’s like saying Rayquaza can’t be called a noodle because It’s not literally an edible ramen noodle. It looks like a noodle, therefore people are going to call It a noodle. Vanillite’s line Is called Ice cream because they look like It. End of story, no one says It actually Is lore-wise. Sincerely.

ngl, this was the post (original not this repost) that got me training vanilluxe in PMU lol.

Lucky… I don’t even know where to find Vanilluxe in PMU, I can’t handle being away from their adorable presence anymore help ;-;

vanillite is in crystal ruins and frigid rivulet