Buizel all the way

Piplup! <3
Points at signature as is too lazy to put another [img] url in even though I just typed nearly half of it out there and I should stop now, shouldn’t I?

It’s obviously Goomy. Before Goomy, it was the Piplup family.

Zigzagoon and Archen it is! Points at his avatar

Raichu! Raichu has been my favorite since I was a child c’: Ahaha, I have a few in a specific order.

Altaria: Oh boy, where do I begin? Altaria is based on a peng, which are Chinese birds of legend that have cloud wings. It’s a fluffy cloud, and even more so as its Mega. It’s a wonderful wall, and Pixilate gives it much more range for a set. The most popular is a physical-attacking Mega Altaria with Dragon Dance/Return/Outrage/Earthquake or Roost. With Pixilate, Return does a ton of damage and is very useful overall.

Teddiursa: This one is really great, but I picked this one over its evolution for various reasons. Teddiursa does the same job as its evolution - a Quick Feet sweeper - but it’s a cute little teddy bear that can damage your whole house. Seriously, look up its movepool. It learns Swords Dance, Close Combat, Play Rough, Earthquakw, Facade, Gunk Shot, Night Slash and the list goes on and on. Not to mention it’s so cute.

My main OC is actually a Teddiursa (and not the one you see every day) and the creativity that I put into her is amazing… well, until recently, of course. Moving on.

Absol is a great physical (and special…?) sweeper even on its own with Super Luck, Scope Lens and Night Slash. I love the design of Mega Absol, with the tips of its mane sticking up to resemble wings as.if it were some kind of fallen angel. Mega Absol has an advantage to Fairy-type setups (such as Diancie’s Stealth Rock or… practically anyone’s Toxic) or fazers with Magic Bounce (in which I don’t really know why it has that).

Bisharp: Always have Bisharp on a Dark mono. Its Dark and Steel typing will always leave a memento of how good this thing is. It becomes neutral to Fairy and it can take a decent hit from a lot of Fighting-types. It’s a great Pursuit trapper as well as great with Sucker Punch. I also love its design to death, with all of those sharp blades and such. I would not try to hug one if I was right in front of one. Heck, I’d be scared!

Arbok: GREAT ingame. It learns Crunch upon evolving and still has Glare from Ekans. It outspeeds a lot of things ingame and Intimidate is a GREAT ability to have, especially when dealing with physical attackers (which the teams commonly have). Only downside is that its only reliable STAB for a while is Acid or Poison Sting; both are just bleh. The last move it learns in HGSS is Gunk Shot and that’s at about level fifty.

Keep in mind that I’ve only used Arbok in SoulSilver. I might use it in Sun/Moon since I’m having too much fun with it.

I also love Arbok’s intimidating design (no pun intended). It’s obviously based on a kig cobra, one of the most fierce snakes on the planet. Though the design was probably dimmed down to be child-friendly, I just have to applaud that pair of eyes on its hood.

Oh my god let me begin, I personally love Grovyle and Celebi for both of them has a different reason.
Celebi: When I first saw Celebi in the Pokemon 4ever Movie I fell in love with the Pokemon, it looked so cute and harmless, I was so cute when it makes it’s cry in the amine and when it saw it die I cried and I always wanted a Celebi in my Normal Pokemon games, but sadly I never got one and I still don’t have one to this day, but when I saw it’s Shiny form in Explorers of Darkness/Sky (Since I don’t have the Explorers of Time) I fell in love with it more because of how it was in the game.

Grovyle: A lot of people may already know the reason, if they played Pokemon Explorers of Time/Darkness/Sky, that’s my reason, I’m not going to go into Detail about it, if they haven’t played it, go get the game or watch a let’s play about it to see for yourself. :D :D

i like manaphy because ive swept a lot of teams with it in psd, same reason with clefable (stored power + cosmic power combo op)

Hm… If I had to choose one, it would definitely be Bisharp, since it looks cool, and I like the chess motif its evolutionary line has as well. And as far as I’m concerned, you can’t really go wrong with blades.

That being said, some of my other favorites include Skarmory, Weavile, Mismagius, Zangoose, and Eelektross. Lurantis seems pretty cool, too.

I have many favourites so here is just a few. [In no specific order.] 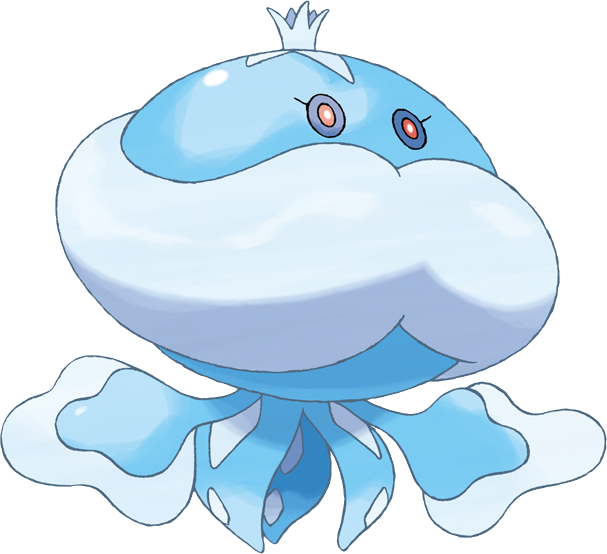 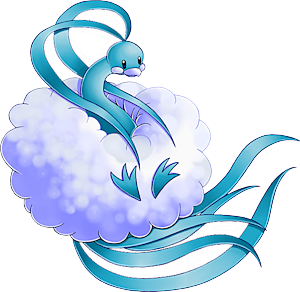 My favorite pokemon is Teddiursa!

My favorite pokemon is Teddiursa

of course my all time favourite is SWAMPERT

i like manaphy because ive swept a lot of teams with it in psd, same reason with clefable (stored power + cosmic power combo op)

Ooh that being said with Clefable, Sigilyph is literally OP too! It has speed which Clefable doesn’t and you can run a roost on it. I’m surprised it isn’t banned - really amazingly OP haha.

I have quite a few favorites, but out of them all I love the original fire lizard Charizard!
Though Pikachu has a very strong meaning to me he will always be my number one
[sub]Though my favorite PMD wise is Luxray I just love to imagine a strong lion defending the rest of its team/guild[/sub]

I don’t think anything will ever trump my die-hard loyalty to the first ever pokemon I had and cared for. I still have that same Venusaur I first evolved and fell in love with. Sadly I had to use a Gameshark to transfer him up to Crystal so I could trade him up to where he now resist on AS, soon to be Moon. He’s 16 years old, and will stay with me as long as I can manage it.

RIP the code change in gen 1 to gen 2, he’s not legal because of it but he’ll lead any team if I can have 'em do it.